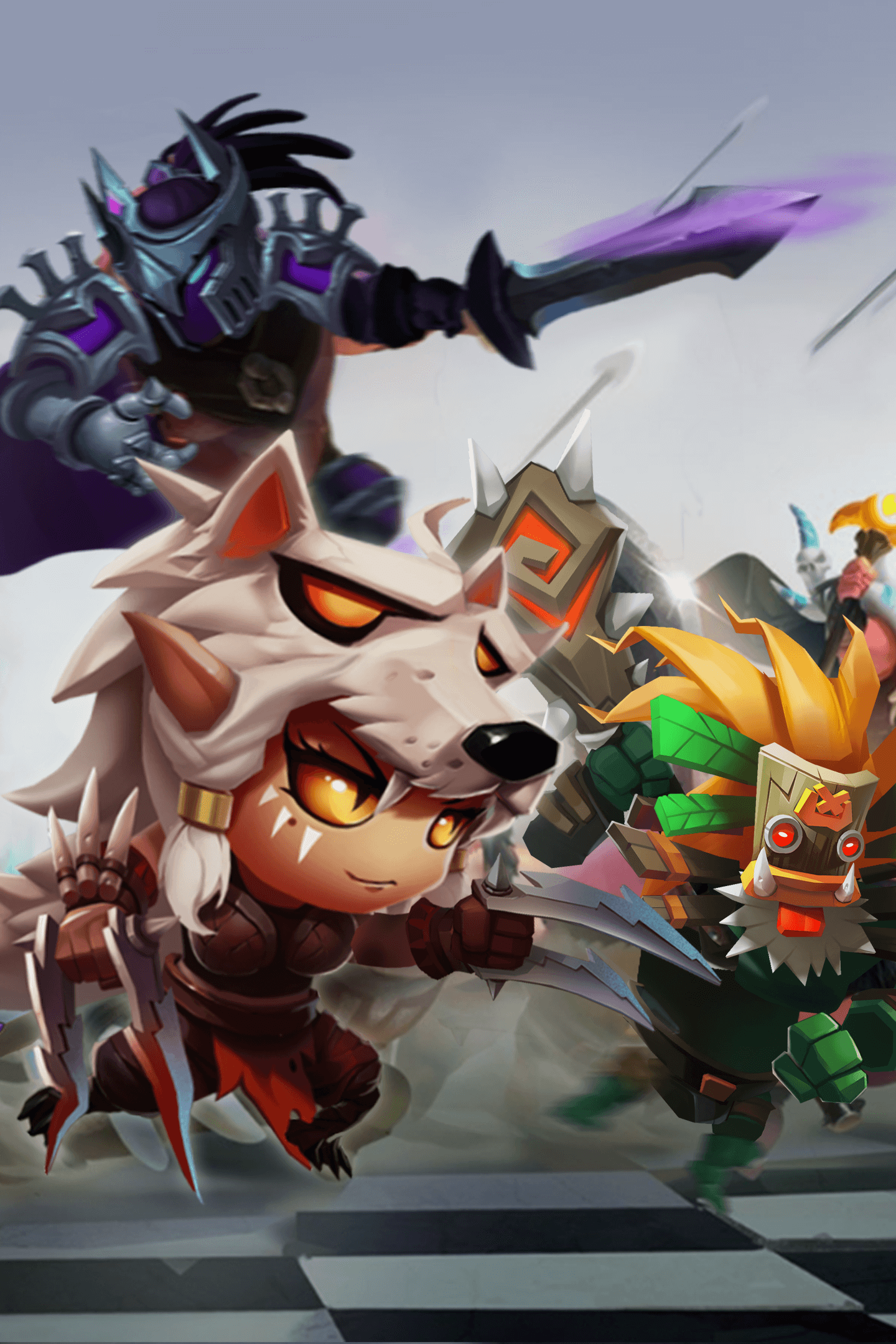 League and Hero is a automatic chess game. Players need to hire a team of heroes to fight neutral creatures and 7 other opponents on a well-designed battlefield. Only the last player can survive to win the final victory. You need a lot of tactics, resilience, patience and a bit of luck to be the ultimate winner. This game uses European and American traditional magic story elements. The whole game is easy, harmonious and has a strong strategy. Gameplay 1. Players need to hire heroes to let them fight each other on the battlefield, and all players share the card pool. 2. These heroes belong to different races and professions. When the same race / professional pieces on the field reach a certain number, the fencing effect will be triggered (the same piece's attributes are only counted as one), and an additional combat power bonus is obtained. 3. When the battle begins, all heroes will automatically attack, and automatically use skills when the energy bar is full. 4. Restore mana when attacking or being hit by an opponent. 5. The number of heroes you can place on the battlefield is equal to your level, and you can play up to 10 heroes. In addition, increasing your level will help you get higher star chess pieces. 6. If you are defeated in a battle, you will lose your health. The lost health is determined by the unit that the opponent survives. But you will get the opportunity to buy two extra pieces in the store as compensation. 7. If your health reaches 0, you will lose the entire game. 8, in addition to heroes in the store, you can also buy artifacts. 9. After each round of the game, each player will receive a certain amount of gold coins. The gold coins are composed of the following: fixed alloy coins income, interest (1 point interest per 10 gold coins, up to +5), winning streak / Streak rewards and certain racial talents (such as the ability of dwarves to gain extra coins). Game Features ——Integration and Upgrade Three identical one-star heroes will transform into one two-star hero. Similarly, three identical two-star heroes will be transformed into one Samsung hero. The health and attack of higher-star heroes will be greatly improved to help you eat chicken smoothly! ——Flexible fetters Chess players randomly draw heroes from the shared card pool and build their own lineup from scratch. Evolution, combination, and card slot will push the player's strategy space to the limit. Who can adapt to the battlefield environment, form an ultimate "chessman" and survive to the end? ——Massive heroes Humans, elves, orcs, and many other magical creatures. They are engaged in different occupations to earn a living. These animals have many outstanding features. Elves are agile creatures living in the forest. They are fast and deadly, but their defense ability is very weak. Orcs are alliances of centaurs, tauren and other races. They are wild, bloodthirsty, and advocating force, but are powerless to use magic. There are also great research scholars on the mainland who study spells and magic. Heroes join your army for their own reasons, rushing to the forefront of battle with demons. ——Winner Winner Chicken Dinner By placing different lineups in each game, various types of fetters will be unlocked to enhance the combat power. At the same time that you win the game, you will get a great sense of achievement! Exciting competitive nature, defeating Tian Hujun through skilled operational strategies. Of course, the technology is not enough, luck comes together ~ I wish you great luck, eat chicken tonight!